Chicken Karahi – Is this delicacy one of the best dishes in Pakistan? [with Recipe] 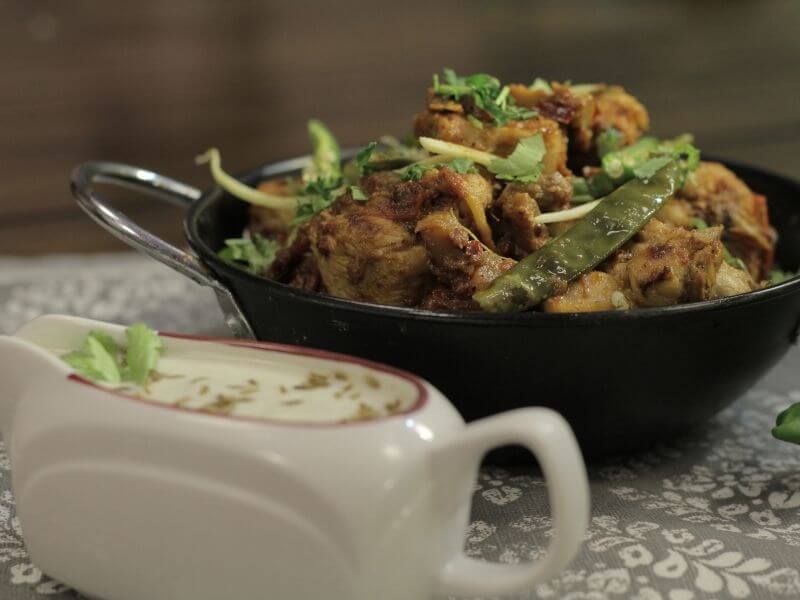 Pakistani Food is not that well known Worldwide but i can assure you is absolutely great and worth it to try. If you enjoy cooking then you probably will appreciate Chicken Karahi as trendy food to prepare.. the fact that there are so many ways of preparing chicken, all of them bringing out delicious results.

You also probably appreciate that it can be presented in a variety of ways, keep in mind that the way you present your food goes a long way in making people want to eat it more. That said, have you ever heard of Pakistani chicken karahi?

Well, today, that is what i’m talking about and well this amazing dish will have you wanting more and more. I give you its history and talk so much more about it including a special recipe. 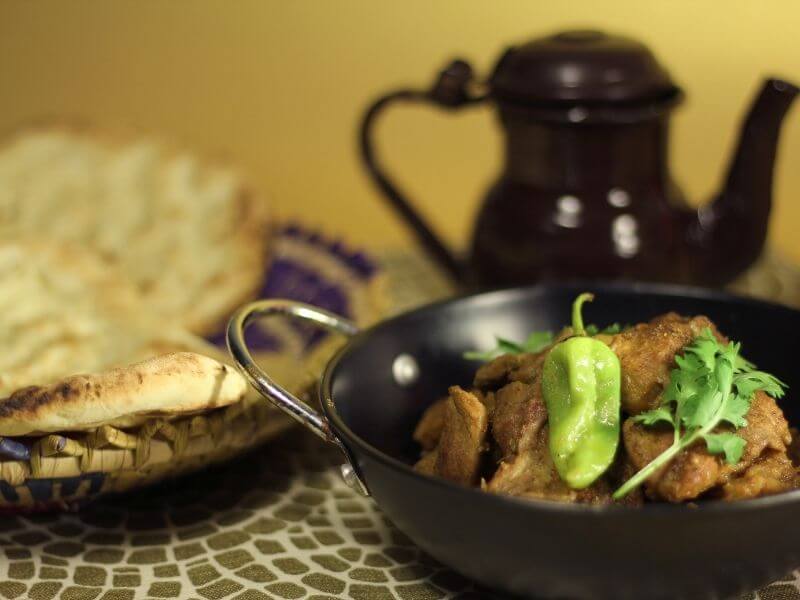 Pakistani chicken karahi as the name suggests has its origin in Pakistan. However, in order to fully understand this dish, we have to break its name down.

First it was given the name karahi because of the pan that it was originally prepared in. This pan is heavy and really resembles a wok although it is a bit rounder and has a flatter base. In the past, people used this pan for simmering meat or would stir fry it in an open fire. This pan gives more than enough surface area for cooking the dish in high heat.

Karahi is believed to have originated specifically from Khyber Pakhtunkhwa which is formerly the northern frontier of Pakistan. Chicken karahi is unique and the distinguishing features are its tomato like base and its fragrance as well as the finishing cilantro, green chili peppers, and slivers of ginger.

Karahi being from the Indian subcontinent is spicy and the ingredients used in preparing it includes chicken, onions, tomatoes, coriander, cumin, red pepper, garlic, cilantro and ginger. This is for general karahi preparation but for the Pakistani variation, no onions are used. Preparing this dish is said to be easy and fast, taking just about 30 to 50 minutes. 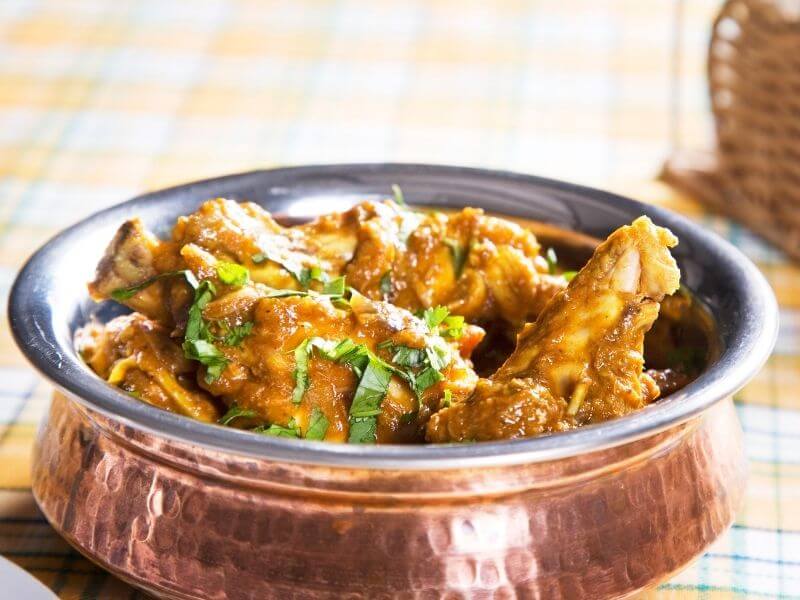 As you can imagine when a new dish comes up, various people will sample it. When they find it tasty, they will want to spread the word about it to many other places and share it with friends. This is the same with chicken karahi.  Today, there are different variations of it and it depends on where it is being cooked and the family that’s preparing the dish for you.

When you eat the Indian Karahi and the Pakistani karahi, you will notice some differences. The most notable one that exists between Pakistani chicken karahi and Indian chicken karahi is in how the dish is made.

In North India, this dish is made to include green pepper and onion. However, in Pakistan, they do not include these in the preparation. 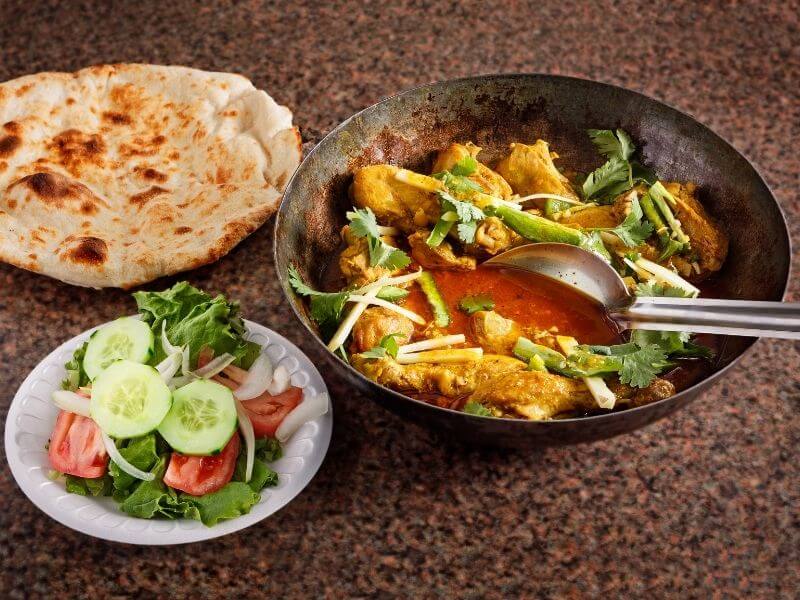 As has already been mentioned, the traditional karahi from Pakistan has gone through several changes overtime. People have changed it up for many various reasons. For example, to cut costs, many restaurants that prepare this meal have included onions in the list of ingredients used to prepare it.

In fact, so many people today are not even aware that the original recipe did not include onions. There are also different variations that include capsicum and large chunks of red onions. Others use things that make for modern day conveniences. Examples include canned tomatoes and also pre-packaged ginger jars. In some areas, garlic is common too in karahi curry.

That said, the most popular variations are Pakistani karahi curry and also the Indian karahi curry. 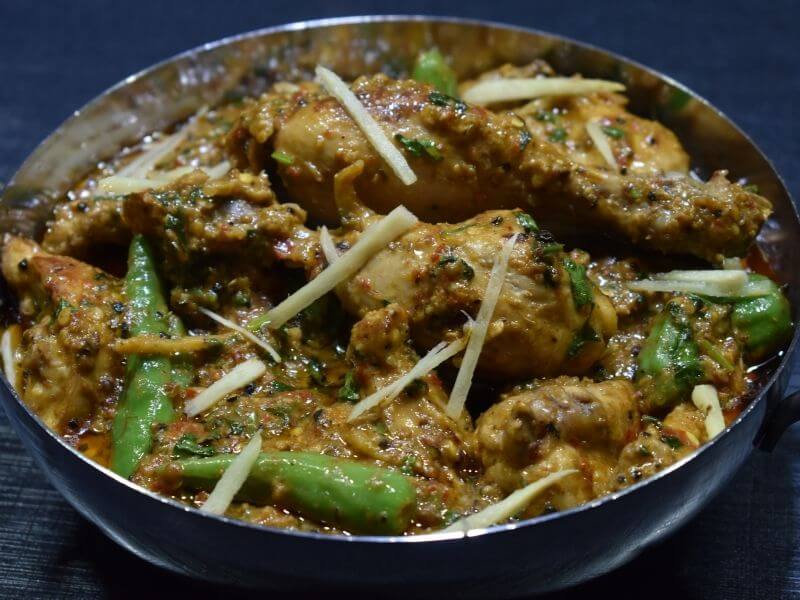 We did mention that making chicken karahi is not such a long or difficult process. Here’s a recipe to follow in case you are interested in trying out this very popular Asian dish:

As you can see, this is a very easy recipe to follow and you don’t need to go to all the way to either Pakistan or India. All you need to do is grab the necessary ingredients from your nearest grocery shop or supermarket and you’ll be good to go. However, you can follow the tips below to make your chicken karahi even better:

So, if you are a big chicken lover, go ahead and make this dish at home. You will most certainly enjoy it along with some of your friends and even family members. There’s a reason why it is so popular in Pakistan don’t you think? It’s simply delicious.

5 thoughts on “Chicken Karahi – Is this delicacy one of the best dishes in Pakistan? [with Recipe]”