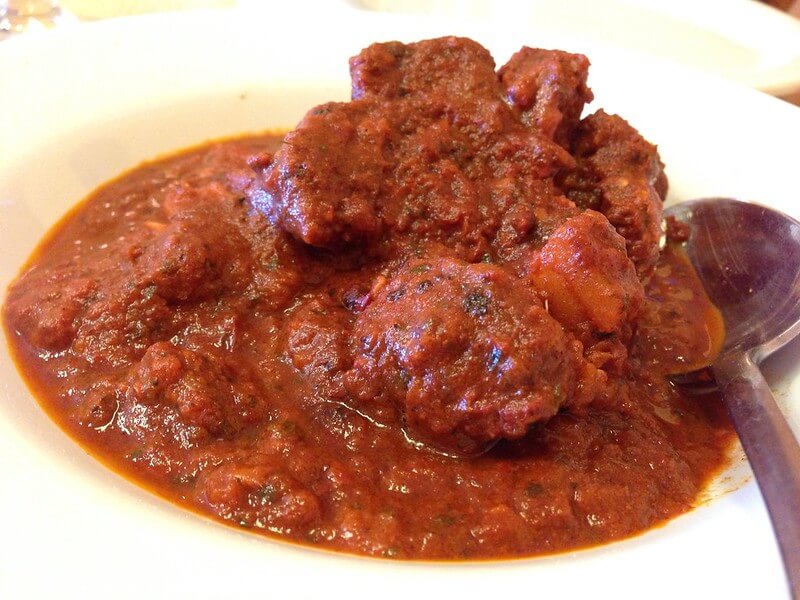 If you’re a fan of trying out different dishes from around the world then you’ll definitely appreciate this article. Today, we talk about a dish that’s not only from a specific culture but is a blend of two, and get this, it’s two cultures from two different continents, Europe and Asia. The dish is called lamb vindaloo and is a mix of both Indian and Portuguese culture.

In the article, we explain a bit more on how this blend came to be and how you could go about making this dish yourself through an easy-to-follow recipe. That way, you do not exactly have to make your way to India to get a taste.

Continue reading to find out more about lamb vindaloo. 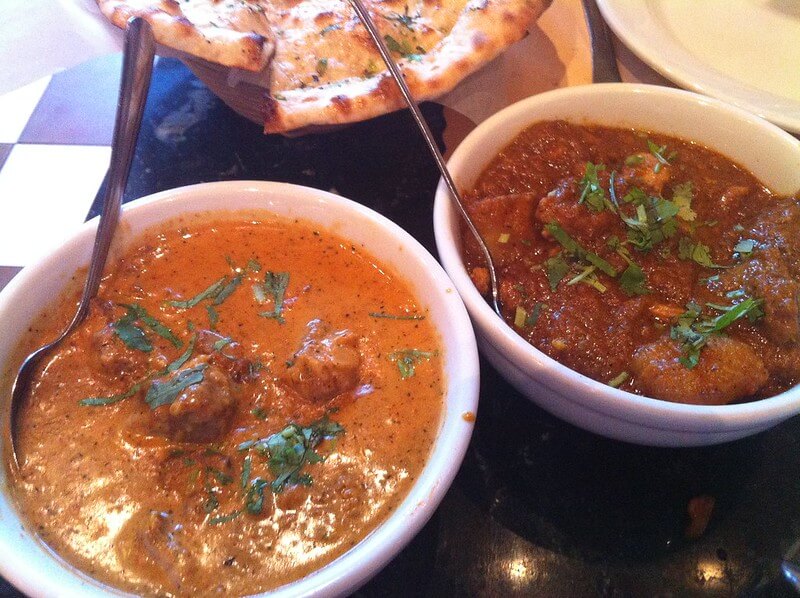 The name Vindaloo comes from the popular Portuguese dish called Carnhe de Vinha d’Alhos. This is a meat preparation that’s prepared with meat, some wine and garlic.

The meat that was mostly used was pork but then the dish evolved into the family of vindaloo curry when it became part of Goa’s cuisine. There, the dish received the Indian treatment that involved the addition of so many traditional spices and the use of malt vinegar as opposed to red wine.

Now, it can be said that Vindaloo has its origin in India. It’s mostly prepared with either lamb or chicken mixed with some potatoes. In the past, this dish was not prepared with potatoes but the change came because of the Hindi word aloo which means potatoes.

Lamb vindaloo is a nice spicy and hot dish that’s prepared with vinegar, coconut and a lot of hot, red chili peppers. Chili peppers were introduced in the 16th century by Portuguese traders. Vindaloo is in fact believed to be the oldest chili pepper dish in India. 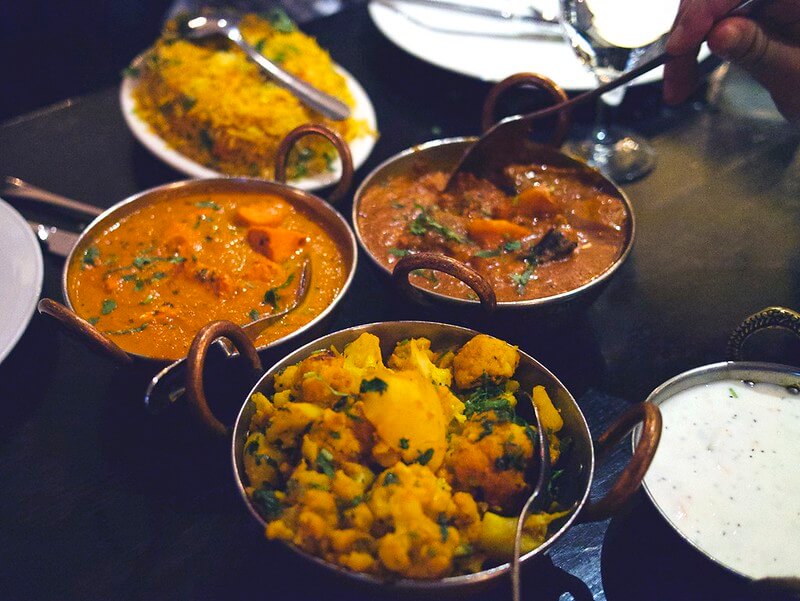 Do you know how to differentiate lamb vindaloo from rogan josh? Here’s more about these two that will help you know where the difference lies.

For lamb vindaloo, the dish’s origin is more European than it is Indian. The Vindaloo name derives from the Portuguese dish name Carne de Vinha d’alho which is simply meat in wine. It was a cooking style that was adapted so as to preserve meat for a longer period.

It’s just that when the Portuguese arrived in India as they brought the dish along with them and while it was initially pork, the Indian locals changed it around to a point where lamb and chicken became the most preferred and most used. Today, vindaloo is viewed as a dish for the Goan Catholics.

To make it as fiery, spices such as turmeric, ginger, fenugreek seeds, paprika, chili, peppercorns and chilies are used.

For rogan josh, the origin brings with it a bit of a dispute, whereby, some believe it’s of Persian origin while others are convinced it comes from Kashmir on the Northern side of India. The word Rogan means ghee in Persian and then Josh stands for hot.

The meat used in the preparation of rogan josh is lamb that’s been cooked in ghee. This dish also incorporates some spices, to be more specific Kashmir chilies that give it that red hue. The spice level is between medium to hot.

The Goan lamb vindaloo is one of those great classic recipes of lamb curry that’s a blend of two cultures, Indian and Portuguese. It’s a dish with a global appeal and is a fusion of a recipe from a state in Goa that was previously ruled by the Portuguese since the earliest 16th century times. As a result, the vindaloo recipe became a great union of Indian and Portuguese flavors.

It’s not a recipe for lean meat so it’s highly advisable that when preparing it you go for meat that is high in fat content.

If you’re worried about calories, don’t look too much into it because it’s a dish you’ll have once in a while so when you don’t frequently indulge, you can maintain your healthy lifestyle. If you want to enjoy it, serve alongside white rice as opposed to spicy ones like Biryani or palao.

The white rice is like a blank canvas that will soak up the delicious flavors well. It’s a great dish to serve during parties with your friends. 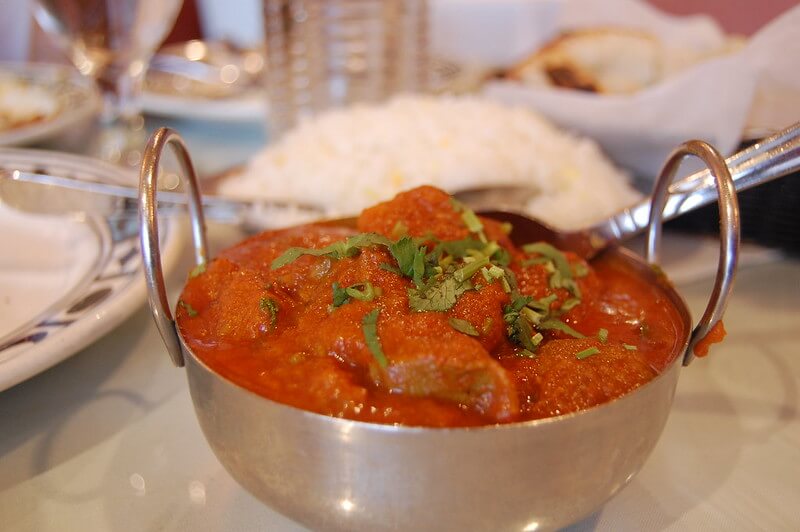 Preparing lamb vindaloo needs some proper planning, Because of this, it’s worth starting about two days before as marinating requires at least 10 hours and also because you should serve it a day after preparing it.

Here’s how to make an Authentic Indian Lamb Vindaloo.

For the dry spice mix

For the tamarind slurry

In the eastern Indian states such as West Bengal and Orissa, lamb vindaloo is prepared during occasions such as marriage parties. For them, the reason for adding potatoes in the dish is that lamb is a bit on the costly side compared to the cost of chicken. When the potatoes are added, the quantity increases and this makes the curry even thicker and tastier than it would have been before.

According to an old Indian story, there was once a cook who was making the dish and added too much salt in it. The cook then decided that the best way to remedy the situation was to add some boiled potatoes into the dish. It turned out great and ever since then, it became such a great idea to add potatoes to the dish.

Vindaloo’s popularity even inspired a song, “Vindaloo” that became the unofficial anthem song of England’s soccer team during the 1998 FIFA World Cup.

Lamb vindaloo remains a delicious dish that continues to redefine Indian cuisine. It’s also made through a very simple recipe and is definitely worth trying out in case you find yourself in India or in case you’re at home and would just like to try making something that will leave your mouth with a great taste. It will leave you wanting more.

Other Popular Articles About Traditional and Authentic Asian Cuisine