Pho Dac Biet – A Glorious Vietnamese Dish enjoyed all around the World. [with Recipe] 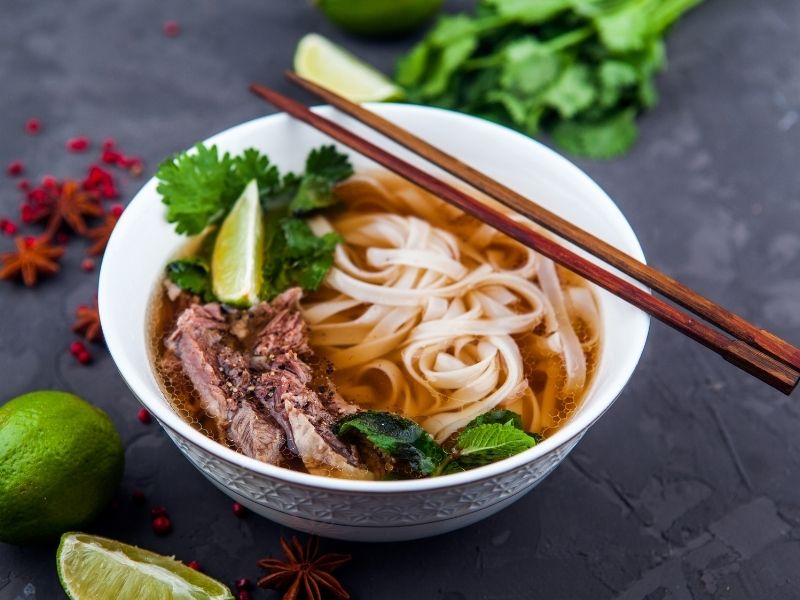 Pho is the ultimate Vietnamese soup, while pho dac biet is beef pho. Pho dac biet has grown in popularity thanks to the various flavors that feature in the broth. This mouthwatering soup dish consists of rice noodles, broth, meat (usually beef), and herbs.

Pho dac biet is a Vietnamese translation for all kinds of special beef variations such as raw sliced steak, beef tripe, brisket, tendons, and Vietnamese meatballs. Being a popular food in Vietnam, pho is served in restaurants, street food, and households. Pho is a national dish of Vietnam and a specialty of several restaurant chains across the world.

>> Drinking This Japanese Tonic Before 10am Gave Me Astonishing Results << Pho originated in Northern Vietnam in the early 20th century. The popularity of the dish spread across the world by the Vietnamese refugees after the Vietnam War. Due to poor documentation, there exist small disagreements over the cultural inputs that led to the development of the dish in Vietnam and the origin of the name.

The Saigon (southern) and Hanoi (northern) styles of pho vary in the sweetness of broth, choice of herbs, and the width of noodles.

A brief History of Pho

Pho probably developed from similar noodle dishes. The modern pho emerged around 1900 to 1907 in Vietnam in Nam Dinh Province, located southeast of Hanoi. The origin and popularization of pho grew due to the intersection of several cultural and historical factors around the 20th century.

For example, the availability of beef attributed to French demand produced beef bones that the Chinese purchased to make a dish similar to pho. Workers from the provinces of Guangdong and Yunnan loved this dish because it resembled what they had from their homeland. Eventually, the dish became popular amongst the general population.

Pho was initially sold at dawn and dusk by itinerant street vendors who carried mobile kitchens on carrying poles.  Pho served with rare beef was introduced in 1930. Chicken pho emerged in 1939 probably because the markets did not sell beef on Mondays and Fridays. With the splitting of Vietnam in 1954, millions fled North Vietnam and headed for South Vietnam.

Pho, initially unpopular in the south, became popular. Variations in meat and broth emerged, and extra garnishes like bean sprouts, lime, cilantro, cinnamon basil, hoisin sauce, and hot chili sauce became a standard. During the Vietnam War, the Vietnamese refugees brought pho to many countries, including cities in the United States, Australia, and Canada.

Traditionally, pho requires anywhere between 6 to 16 hours of simmering the broth to develop the perfect taste. However, with a pressure cooker, you can prepare almost as good pho as the traditional one in just two hours.

The pressure cooker method works well because minimal moisture is lost during the cooking process, and pressure gets the flavors out of the ingredients. This implies that the broth does not get concentrated while cooking (or else it will become undesirable cloudy or dark) Different foods and ingredients constitute pho dac biet. They include:

Noodles are an integral part of pho dac biet. However, the noodles in pho differ from the regular kinds of noodles. They are high-quality rice noodles made using pristine white rice flour. These rice noodles are tender with a nice body.

The Bones and Meat

You cannot have pho dac biet without the broth. People in Vietnam usually judge the quality of pho by its broth. A stall with a poor broth reputation will hardly stay open. A Quality broth is clear with an underlying earthiness brought about by the prolonged simmering of bones, tendons, and other meats. Another critical aspect of the broth is the spice and aromatics.

In the standard pho dac biet, roasted or charred ginger and onions are the main vegetable constituents. Funnels can go in, but they tend to be more subtle. The herbs include Thai basil, fresh bean sprouts, Thai chili peppers, green onions, and cilantro. The herbs are best ripped up and sprinkled into the broth rather than submerged in the dish.

It is common to have some sauces served with pho. Typical condiments include sriracha, hoisin, and fish sauce. In Vietnam, sauces as condiments are not a default (they are less prominent), and good broth is savored as served. Lime is also used. For the Noodles and Toppings 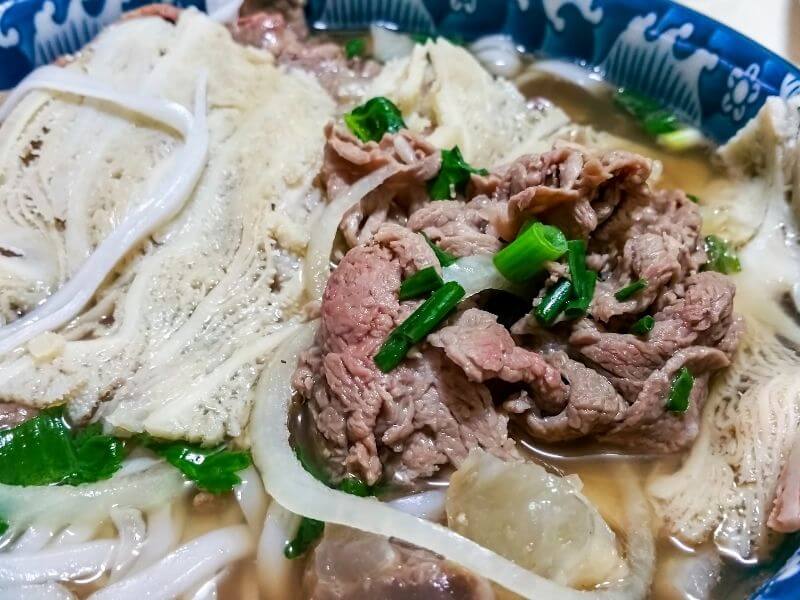 A hot, comforting serving of pho dac biet packs about everything you want in a soup; filling meat, salty broth, herbs, spices, vegetables, and rice noodles. A medium-sized serving of pho packs around 450 calories. Pho dac biet is also a good source of protein, which is an essential building block for the body. Protein is used to make muscles, organs, tendons, hormones, and other metabolic processes.

The ingredients in pho provide potential health benefits. The bone broth contains chondroitin, glucosamine, and collagen. These ingredients promote the health of your joints. Ginger contains gingerol, an antioxidant substance that reduces inflammation and may ease joint pains. The vegetables and herbs in pho are highly nutritious. The herbs and vegetables like Thai basil, green onions, chili peppers, and cilantro are rich in nutrients and many anti-inflammatory substances.

Chicken Karahi – Is this delicacy one of the best dishes in Pakistan? [with Recipe]