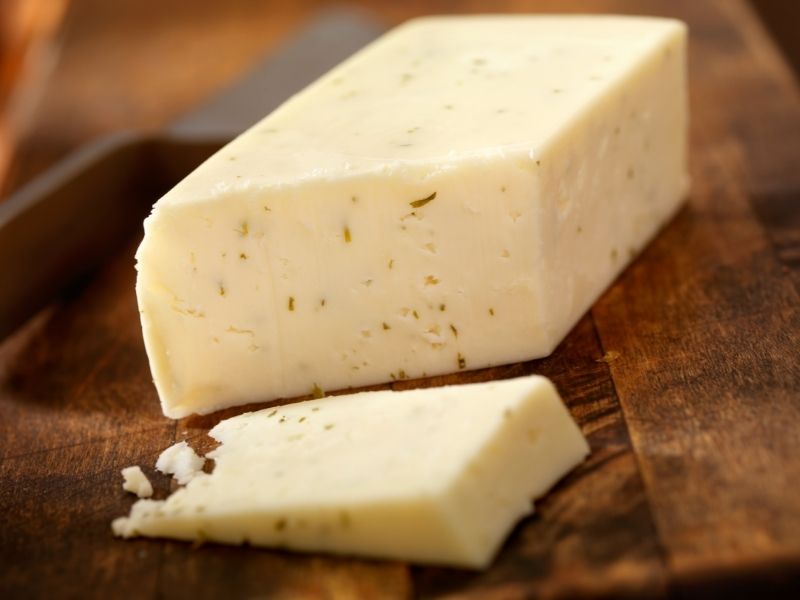 Are you a Turophile (cheese lover)? Here’s one type of cheese you must not miss out on. It happens to be one of the most popular cheese served in Denmark, Havarti Cheese.

Havarti Cheese is a semi-solid Danish cow milk cheese, which is rindless, having a creamy to yellowish colour (depending on its variety) with small irregular eyes (which gives it a familiar look to the famous Swiss cheese).

The taste given off is often sweet with a buttery aroma, typically when aged (left for three months and longer) it gets saltier, giving off a hazelnut taste and a sharp taste in strong varieties (Dill, Jalapeno and more) which is great for several meal combos where Havarti cheese is great in.

Quite often, this danish special cheese is mistaken for the Havarti Cream Cheese (also one of Denmark’s famous cheeses). However, Havarti Cheese is obtained from whole milk, giving off about 38% of fat content. Its semi-solid texture (interior-ripened part of the cheese) makes it easily melted at just room temperature.

While the Havarti Cream is simply the extra creamy form of the Havarti Cheese, which gives off 60% of butterfat content. These cheeses come in varieties, with herbs and spices. With several options made available, you can have your Havarti/Cream Havarti melted, grilled or even sliced, as you would love to, for taste and extra cream to your veggies, fruits and sandwiches.

Before you jump on savouring the different tastes obtainable from the Havarti Cheese, let’s find out how this widely popular danish table cheese came about. We are sure it definitely didn’t drop from the sky. 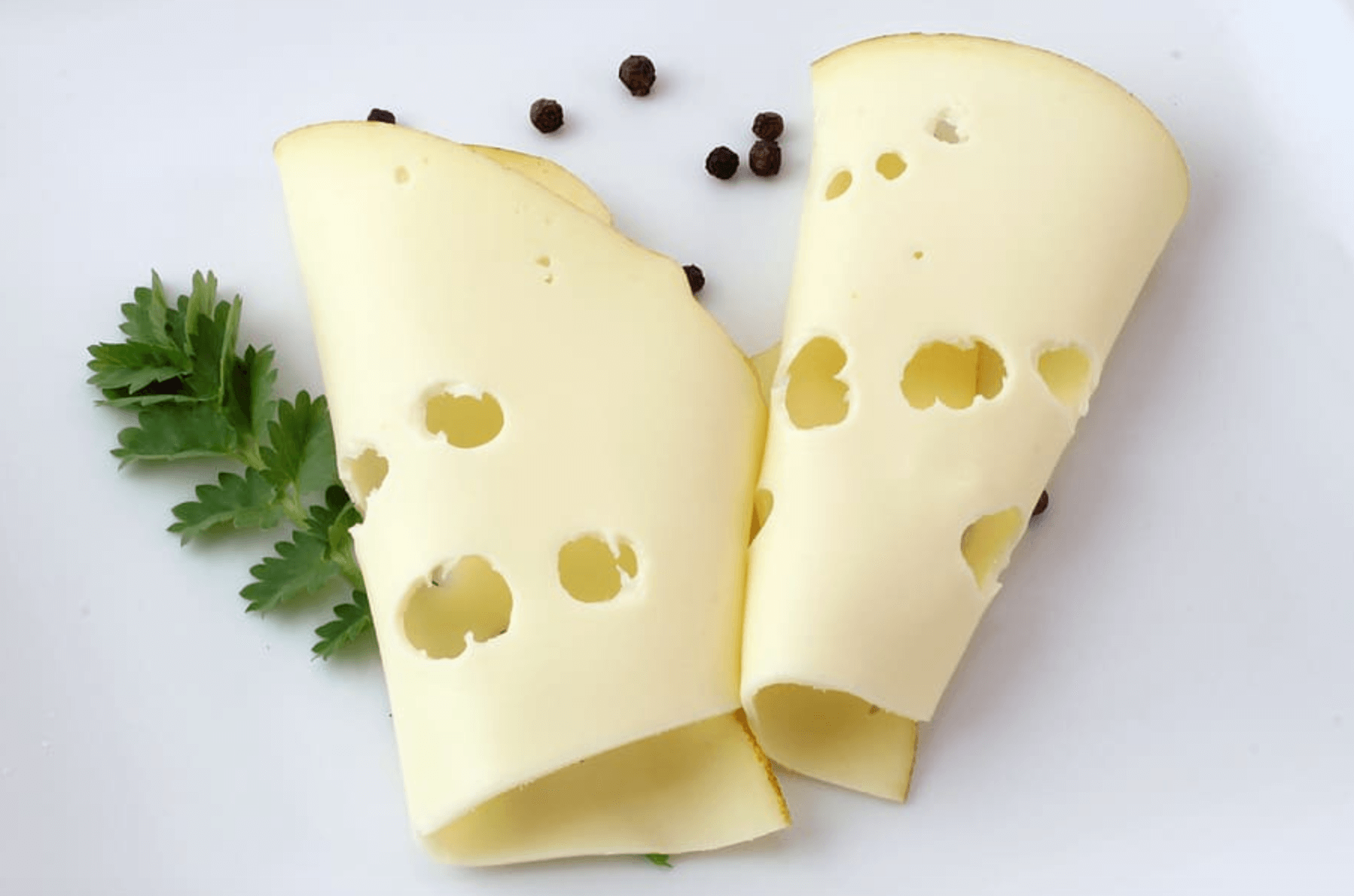 Traditionally, the Havarti Cheese is posed to have originated in the 19th century (the mid-1800s, between 1829 to 1903), first introduced by a Danish cheesemaker who was married to a New Zealand farmer called Hanne Nielsen. Hanne was said to have toured Europe in search of ways to improve her cheesemaking skills while learning different techniques on how varieties of cheese were made at the time.

Like most cheese are made, Hanne added rennet to whole milk which gave curds, however, she went on experimenting by washing the curds in spring water (fresh) before she had the curds pressed into cheese moulds which were drained.

The final product was a soft textured and creamy fresh cheese. When left for up to three months to age, this gave it a unique sharp taste which was nuttier the longer it was kept.

With time (a few years in the production of her special cheese) Hanne had her cheese supplied to the Danish royal family, while she sold the rest cheese through her shop located in Copenhagen. Till date, the Havarti Cheese is based on Hanne’s original danish recipe. However, it is easy for non-danish to be slightly puzzled on the types of Havarti present.

Well, there are two types of Havarti cheese. The original Havarti cheese made from pasteurized whole milk and the Havarti cream (flødehavarti in dutch) (which the French referred to as Brie, meaning double cream). The former (original Havarti cheese) is similar to the Swiss cheese in texture and flavour, given that it is allowed to mature into a ripened cheese smear.

The later (Havarti cream) is obvious with its high butterfat because its whey protein isn’t separated from its cheese curds, therefore it cannot be left for long as its whey content gives a displeasing taste and appearance with time.

Today, the original Havarti cheese which was produced on a small scale has become a global danish delicacy, hence its production on a large scale, as opposed to the small dairy farm quantities made in its early years.

Presently, the Havarti cheese is produced in factories widely distributed around the world (United Kingdom, Canada, and the United States – California, New York and Wisconsin), although the method is still a derivative of Hanne’s old technique. 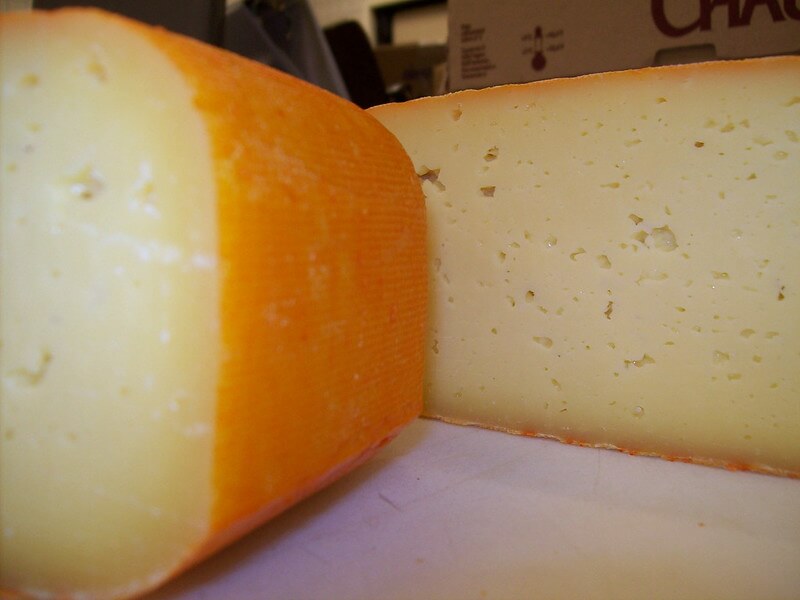 Given the smooth texture of the Havarti cheese and its settle taste, this has given the room for a lot of experimentation in its use across a wide range of dishes and drinks inclusive.

If grilled for the meat lovers, Havarti can be used to prepare a tasty cheese sauce eaten with grilled with chicken and vegetables. Various flavoured variants of Havarti Cheese include, such as cranberry, horseradish, garlic, caraway, dill, basil, hot peppers, coconut, caraway seeds and jalapeño.

As a food complement, Havarti can be used to replace/ used with mozzarella, it is also great in casseroles, burgers, fruits and a good dessert.

For wine and beer parties, you can’t miss it as a good snack. It can be served with apples, pears, grapes amongst other dried fruits, turkey, raisins, walnuts, and figs. You also can’t miss having it with bread (whole-wheat/ whole-grain) or crackers (butter, water, wheat).

If served with other cheeses on a platter, it is advised to be served with different cheese favours to avoid a repetitive mix, hence the choice could be with a matured Cheddar cheese.

Havarti goes well with light red wines such as merlot, Beaujolaise, cabernet sauvignon, pinot noir and some slightly heavy wines like Shiraz and Zinfandel. Other nice drinks to go with include, Chardonnay.

If you, however, prefer your Havarti with white wine, then try a Riesling or Sauvignon Blanc. The choice of beer and Havarti cheese combination is wider than that of the wine, from an ale, stout to a Saison or Weiss.

Although brands producing Havarti cheese vary, an ounce of Havarti contains about 80 to 110 calories, which can be raised when more cream is added. The Havarti’s cheese total fat which accounts for both the saturated and unsaturated fats contributes to almost 14 per cent of its daily need, with the saturated fat making more than half.

This cheese also happens to be a rich source of protein, which contributes about 24 per cent of the protein nutrition obtainable daily. It also contains carbs, macronutrients and vitamins. 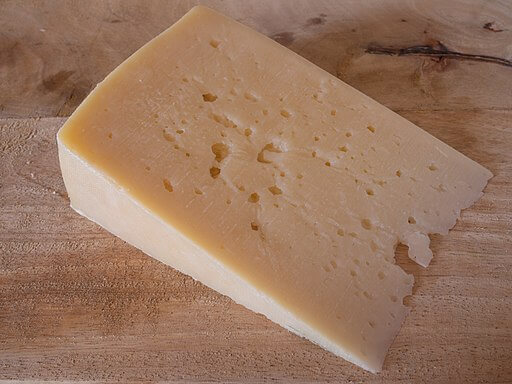 Given the multi-nutritional content of the Havarti cheese highlighted in its nutrition facts, its health benefits are often obvious and linked up.

Healthy Blood Vessels: Cheeses such as the Havarti, which contain moderate levels of sodium and cholesterol, are proven in studies to improve the functioning of the blood vessels. This nutritional content is known to improve cardiovascular health and circulatory system improving blood flow.

Healthy circulatory system: The danish cheese content of low fat, a healthy calcium and sodium level helps in maintaining healthy blood pressure which is great for individuals prone to hypertension.

Healthy Bone: The Vitamin A content of the Havarti cheese, is important for a healthy vision,  body defence system and reproduction. It also promotes the functioning of vital organs such as the Kidney, Lungs and the heart.

Other healthy benefits of this danish delicacy are that it’s a source of an energy boost, development of the immune system and maintenance of glowing healthy skin.

Hope you discover the richness in adding the Danish Havarti Cheese to your meals. There are no restrictions to its access, given its popularity globally among several other healthy slices of cheese to garnish your meals or snacks with.

Share your favourite beverages with friends and family and have the Havarti cheese as your dessert snack also does the trick. Also, remember to share if you desire the salty and nuttier taste, your Havarti cheese is still the go-to choice.

And for a cream taste to your meal, you can add the Harvati cream to give you that extra cream that even the French can not do without. Once used, an Aluminium foil wrap of the remnant cheese and refrigerators for next use is a good option, not to worry the taste still remains the same and even more tastier as it matures.

If you are interested in other similar cheese articles in my blog read this Muenster Cheese Article or visit the cheese section.