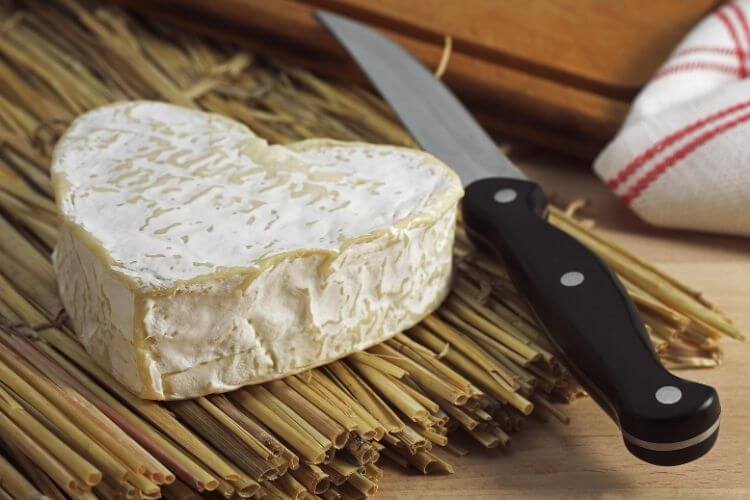 There are many different types of cheese today. Some high in fat and some lower in fat content, some are more popular than others making them a bit easier to find, some are more versatile than others but there’s one thing any cheese lover out there will agree on, that cheese is delicious. Owing to the many options available, you might be tempted to stick to the ones you already know and commonly eat. However, there’s no harm in stepping out of your comfort zone and exploring other options available. Today, we talk about Neufchatel Cheese.

It’s a delicious type of cheese with an interesting history. It’s been around for years and packs with plenty of nutrients necessary for your well-being. We discuss this origin, the nutritional benefits and give you a Neufchatel Cheesecake recipe you could try at home in case you cannot order it. 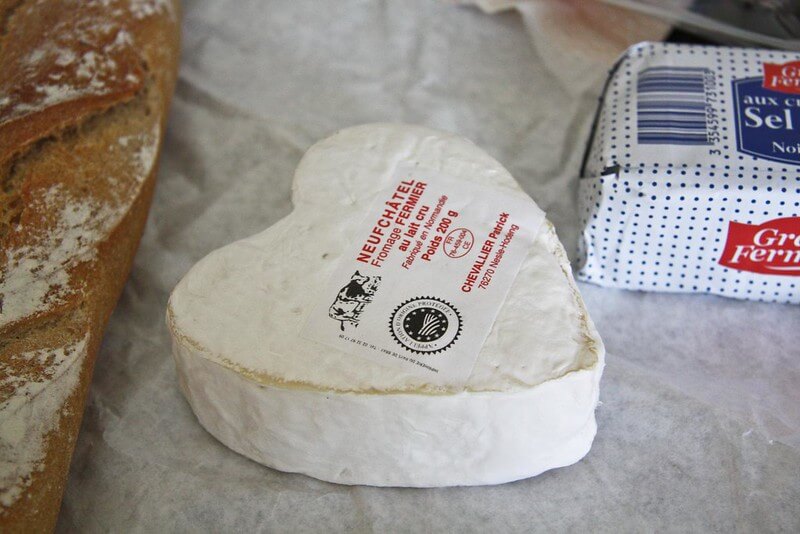 Neufchatel is a traditional soft, slightly crumbly, white, mold-ripened cheese that originates from the Neufchatel-en-Bray region in Northern Normandy France. It’s among the oldest types of cheese found in France as it dates back to the 6th century, as far back as 1035.

In terms of appearance, it resembles Camembert, with a dry edible rind but tastes a bit salty and sharper. The Neufchatel cheese has the smell of mushrooms and the taste is also quite similar to that of a mushroom. It’s rich and nutty and the taste also feels a bit yeasty.

It also has a grainy texture unlike most other types of cheese that come with a soft white rind.

Neufchatel cheese can be made in many different forms, sizes and shapes including bonde (cylinders), carre (square), coeur (heart shape) and briquette (brick shape). The most popular among all the possible shapes is the heart shape. It takes between eight to ten weeks typically to mature the cheese and the weight normally lies between 100 to 600 grams.

A legend is told that French farm girls fell deeply in love with the English soldiers within the period of the Hundred Years War. As such, they began to make cheeses in heart shapes as a symbol of their love for them.

That’s the French Neufchatel cheese but aside from that, William Lawrence who was an American dairyman from the Chester Township made the first American cream cheese in 1872. It was as a result of adding some cream to the Neufchatel recipe.

While the traditional French Neufchatel cheese is made using unpasteurized cow milk, when the idea was exported it was made of pasteurized milk. Since the American version is not as thick, considering the higher moisture content, it can be thickened by xanthan and carrageenan gums in place of the fat.

So if you’re going to be making a dish whose recipe indicates Neufchatel cheese, it’s important that you determine whether the cheese required is American or the French version so that you get the desired end results.

Neufchatel cheese becomes stronger with time in terms of taste and since it’s spreadable, it makes for an excellent topping especially for bagels and crackers. It’s also great for sandwich spreads, as a base when it comes to snack dips, hors d’oeuvres, desserts and their frostings.

For proper storage, wrap it tightly after opening and store in a refrigerator. Wrapping it helps to a great extent since Neufchatel cheese has limited life after it’s been opened.

Eating Neufchatel cheese exposes you to a number of great nutrients that your body needs for you to stay healthy.  Some of the nutrients include:

Vitamin A from Neufchatel cheese is useful for your eyes as it gives you good vision. It also helps in boosting your immune system, in absorbing iron required for creation of energy and is also responsible for cell specialization.

Calcium content in Neufchatel cheese is responsible for the formation of healthy bones and teeth. It also helps your cells as they continue dividing and specializing. Calcium also to a large extent helps your body in energy creation, muscle formation and in digestion.

The phosphorous content in this cheese contributes to the normal functioning of your cells. It helps in energy creation and in maintaining healthy bones. It also keeps teeth strong and when the cheese is given to children, it promotes their healthy growth.

Neufchatel cheese is also rich in riboflavin which just like pantothenic acid helps in energy creation. It also keeps your blood healthy, keeps your vision normal and protects your cells.

Neufchatel cheese also contains omega 3 ALA that contributes to your heart health and in keeping your cholesterol levels in check. 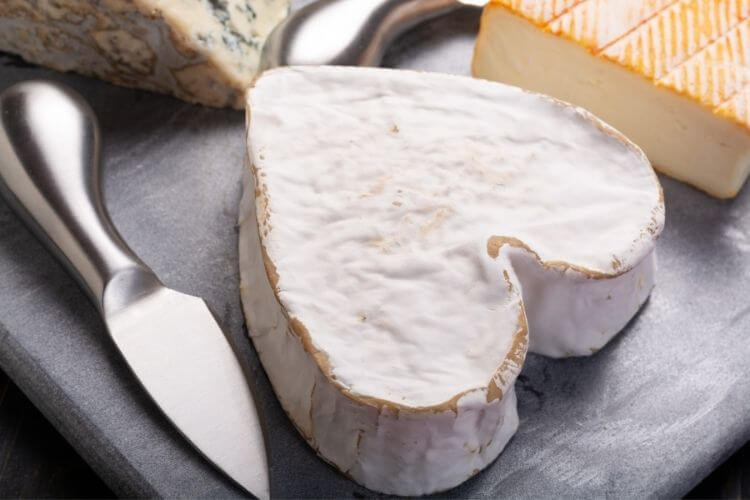 Below is a recipe of low-fat cheesecake made with Neufchatel cheese. 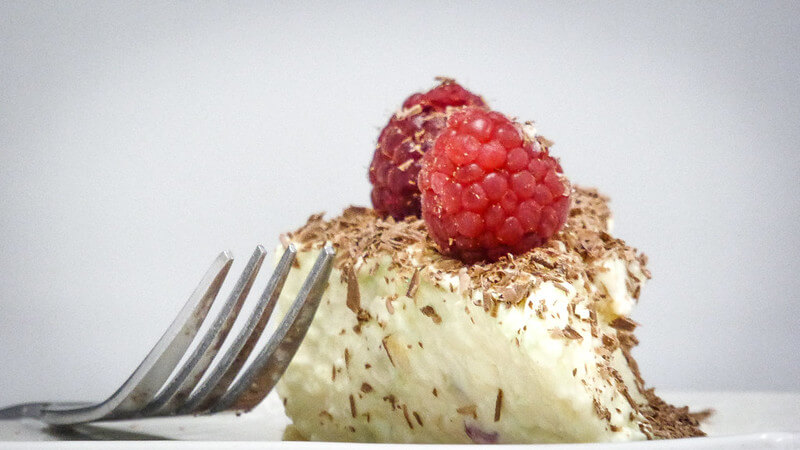 This recipe is enough for 14 servings. It’s an easy-to-make low-fat Neufchatel cheesecake that will only take a total of two hours and ten minutes to make.

As can be seen above, Neufchatel cheese is definitely worth a try because just like many other different types of cheese, it comes with some remarkable nutritional value.

It’s great for boosting your immune system, it’s a low-fat cheese type meaning it’s good for those under a weight loss diet, it keeps your cholesterol levels in check, and maintains strong and healthy bones and teeth. If that’s not reason enough to try it then we don’t know what is.

While the American Neufchatel cheese is delicious and can be used in making different dishes that require cream cheese, it’s important to try the original French version of the cheese. You can find French Neufchatel cheese in gourmet cheese shops. They are also produced by different artisanal creators or cheesemakers.

For you to enjoy Neufchatel cheese on its own, ensure that it’s at room temperature.  You can also go ahead and spread the cheese on some toasted walnut bread or some slices of pain d’epices (spiced bread) and then serve with some apple cider vinegar if you’d like to experience the typical kind of French taste.

You can also eat this cheese accompanied with some wine. The wine to choose to some extent depends on its age. If the cheese is still young, you can have it with some white wine. If it’s more matured and has a flavor that is more pronounced, then you should balance it with a stronger type of wine. A good example of strong wine is Bordeaux.

Popular Articles About Great Cheeses from around the World

Muenster Cheese – Origin, Curiosities and How is made. [In Depth Article]