Taleggio is a soft, raw cow’s milk cheese with a thin rind and a soft consistency with a slightly pinkish colour and characteristic grey-greenish mould. The paste of the cheese is homogenous and compact, softer under the rind and more crumbly in the centre of the cheese.

The weight of a taleggio cheese varies between 1,7 and 2,2 kg, depending on the technical production conditions. The taleggio cheese is immediately recognizable by its quadrangular parallelepiped shape and its sweet taste, but with a barely perceptible sour flavour.
It is a cheese of very ancient origins, perhaps even before the 10th century.

Confirmation of this is provided by ancient documents dating back to year 1200, which refer to the trade and exchange of this product. The history of this cheese is closely linked to Val Taleggio, from which it takes its name, and which is located on the western border of the province of Bergamo.

Over time its production and maturing area has grown to include not only a large part of Lombardy (Bergamo, Brescia, Como, Cremona, Lecco, Lodi, Milan, Monza and Brianza, Pavia), but also part of Piedmont, Veneto and the province of Treviso.

To confirm the ‘traditionality’ of this product, taleggio cheese has been recognized as a D.O. cheese. (Denomination of Origin) through the  DOP protocol (Protected Designation of Origin) in the European Union and with EC Regulation 1107/96 since 1996.

This means that, as a D.O.P. cheese, its characteristics are protected by the European Union, so that production, milk supply and maturing can only take place in the areas specified by Italian and EU legislation. Taleggio, like all the masterpieces of Italian gastronomy, is an art. And it has its own precise history even if its origins are lost in the fog of the centuries: the first to speak in detail about the dairy production methods of the Bergamo Valsassina was, in Roman times, Pliny the Elder.

Probably, therefore, Taleggio is part of the legacy left to Northern Italy by the Celts (or rather, the Celtic-Ligurian strain in the case of the Orobii), true masters in the art of cheese-making. A second century Athenaeum document then speaks of a “soft cheese” produced in Ancient Milan using the same process and ripening technique as the Taleggio.

After the fall of Rome, in the 6th century, the scholar Venazio Fortunato exalted “the famous Lombard cheese, made of fresh cow’s milk, collected in linen-lined molds. Placed on mats the moulds, he waits for the cheese to be dry and then rubs it with salt and leaves it to mature for thirty days. The cheese is straw-colored ivory, with shades of a light pinkish color: Taleggio, lighter than this…”

From Masons to Casanova

The fame of “cacio lombardo” (Lombard cheese) – initially produced also in the whole flat strip between the Ticino and the Lambro River, up to the Po River – grew throughout the Middle Ages until it appeared in the Renaissance recipe books of Cristoforo da Messisburgo and Platina.

So much so that in the 15th century the Sforza Ruling Family had to do their best to suppress the flourishing smuggling. In 1692, a hungry Ludovico Antonio Muratori was sent “two pounds of cheese from Val Imagna that you like so much”.

Giacomo Casanova was also a great admirer, between one love affair and the next. In 1791 the prevailing use of Taleggio was mentioned by the new Milanese chef, citing the typical cheeses produced in Lombardy, among which was the “stracchino quadro di Milano”.

With the 19th century the cattle population in Lombardy began to grow. And a certain territorial differentiation between the Lombard cheeses also began, which would definitively bring the “heart” of Taleggio production as we understand it today to the Lombard valleys, especially between Lecco and Bergamo.

The origin of the name

But when did Italians start talking specifically about “Taleggio”? As we saw at the beginning, the most commonly used term was “cacio lombardo” (Lombard cheese) and then “stracchino”. The term “stracchino” or “quartirolo”, in fact, in Lombardy meant any soft cheese weighing about one kg.

“Taleggio” is nothing more than the 20th century abbreviation of “quartirolo or stracchino quartirolo della Val Taleggio”. That is, the small valley in the province of Bergamo which, together with nearby Valsassina, had the privilege of producing the best “quartiroli cheeses”. Already in the ’30s, however, there is evidence of Taleggio production in Piedmont and Veneto.

While, at the same time, the differentiation between “stracchino” (semi-cured low-fat cheese), “quartirolo” (stracchino produced from 24 September onwards, when the cattle ate “erba quartirola”) and, precisely, “Taleggio” (with a minimum maturation of 35 days) is affirmed.

The term ‘Taleggio’ appeared officially for the first time in 1944 and continued to be used even after obtaining the PDO mark in 1996. 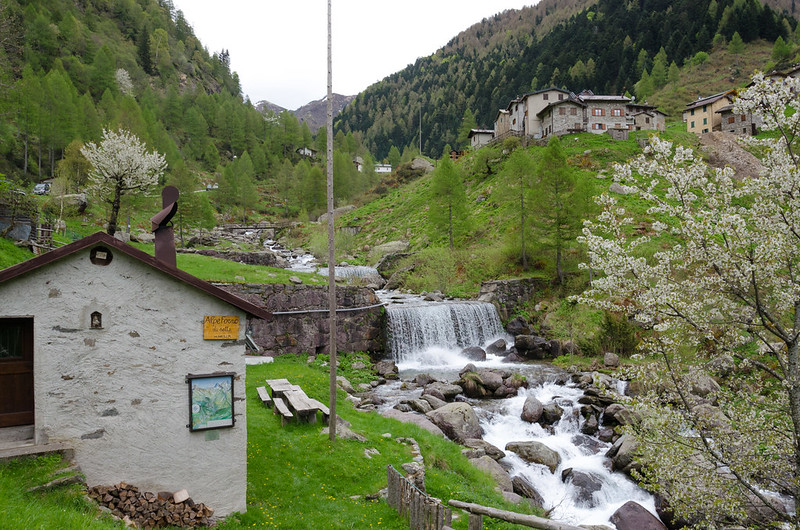 Taleggio – How is made

To be defined Taleggio PDO a dairy product must have been produced and matured in areas specified by the PDO regulations. This geographical area includes: the provinces of Bergamo, Brescia, Lecco, Lodi, Milan, Cremona, Como, Pavia in Lombardy; the provinces of Novara in Piedmont and Treviso in Veneto.

Taleggio must also bear a mark on the rind bearing three Ts next to a number specifying the dairy where it was produced, as a guarantee of its quality and origin. The four-circle mark occupies the entire surface of the product’s mould, and is therefore partly visible even if only a portion of the mould is purchased.

Each member therefore receives an identification number from the Consortium which allows them to trace the place of production of the cheese. As far as production is concerned, the basic raw material for making Taleggio is whole cow’s milk, which is added with lactoferments and liquid calf rennet.

The rennet must be obtained by law from calves and never from genetically modified microorganisms. As is generally the case with cheese processing, coagulation is followed by the curd breaking phase, which takes place in two stages, after which the product obtained is placed in the cheese bands and kept in special rooms with fairly high humidity for about 18 hours.

The stewing stage is an important phase in which the curd becomes cheese, and the whey is removed. The mark of origin is affixed on the flat face of the cheeses at this stage and represents the sign that makes the type of cheese once on the market recognizable.

The cheeses are then dry-salted or salted in brine, while the cheese is then matured in suitable environments with a humidity of about 90% and a temperature between 2 and 6 degrees. During this period, the cheeses are periodically sponged and turned so that the rind is always moist and the formation of mould is avoided.

Generally, the cheeses are placed on wooden boards in environments with characteristics as similar as possible to those of the places where this cheese was originally produced, i.e. natural caves. Maturing can last up to a month.

The cheese obtained from this process is quadrangular parallepiped with flat faces and sides of about 20cm. Each wheel weighs about 2kg. Taleggio is a highly energetic food of animal origin, probably rich in saturated fatty acids and cholesterol (even if the precise reference values are missing), so it is not recommended to consume it frequently and in large portions to all those who are overweight and/or suffering from hypercholesterolemia.

Taleggio is also rich in sodium, an element potentially responsible for increasing the risk of hypertension. On the other hand, from saline and vitaminic point of view, cheese abounds in vitamin B2 (riboflavin) and calcium.

Taleggio forms a perfect combination with another northern Italy speciality, yellow flour polenta. With the heat of the polenta the cheese melts to create an enveloping and exquisite softness.

Like many other cheeses, taleggio cheese pairs perfectly with jams and various types of honey. For the less mature taleggio cheese, it is better to prefer a jam with a sour taste like that of oranges. The more mature cheeses, having stronger flavors, go well with a honey that also has a stronger and more intense flavor, such as chestnut honey.

Another ideal match is with fruit, both fresh and dried. If you decide to combine it with fresh fruit, it is better to opt for grapes or pears (a great classic), these fruits being very juicy, they enhance the strong and aromatic taste of taleggio cheese. The combination with dried fruit is another great classic with a guaranteed result: walnuts, hazelnuts, almonds, all give a special touch to this cheese, to be served as a delicious aperitif.

Finally, you can also combine it with vegetables, it goes well with them all, so you only have to choose according to your taste. The most popular are radicchio, pumpkin, zucchini, potatoes and mushrooms, which together with taleggio cheese can be used to create delicious creamy risottos, as in porcini mushroom risotto, but also quiches and savoury pies, pizzas and delicious croutons.

Taleggio is one of the most suitable cheeses to stuff omelettes, as in the recipe for omelette with asparagus and mushrooms.

As a sandwich will be very suitable with prosciutto or mortadella.

As far as wine pairing, Taleggio should preferably be accompanied by a red, fruity and fresh wine.

1 thought on “Taleggio – Soft and Tasty Italian Cheese from Lombardy.”