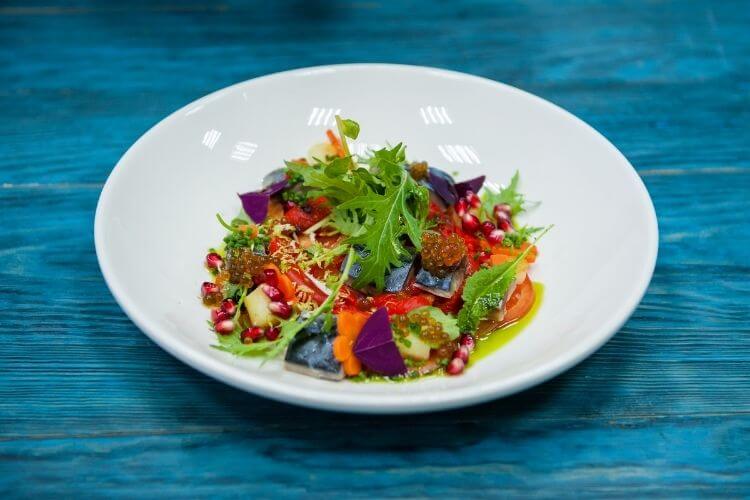 Escabeche refers to a class of dishes familiar to the Spaniards, Portuguese, and a host of Latin American natives including, the Filipinos and Mexicans. The name explains the pickling technique identified differently from the quick pickling in heated vinegary liquids, which is mainly the pre-heating of some of its ingredients in oil, which helps for the extraction of favorable taste in its ingredients.

It identifies a set of dishes of either meat or fish cooked in vinegar sauce with saffron or paprika, some spices and citrus juice, to give its famous acidic content.

Slight differences are observed in the way Escabeche is being prepared, such as the use of pork, rabbit, chicken and seafood as common options among the Latin Americans and Spanish, this we will be highlighting as we discuss the Mexicano and Spanish style to the dish.

As we go further, we will also be touching down on the history behind escabeche, its recipe and of course how it is served. 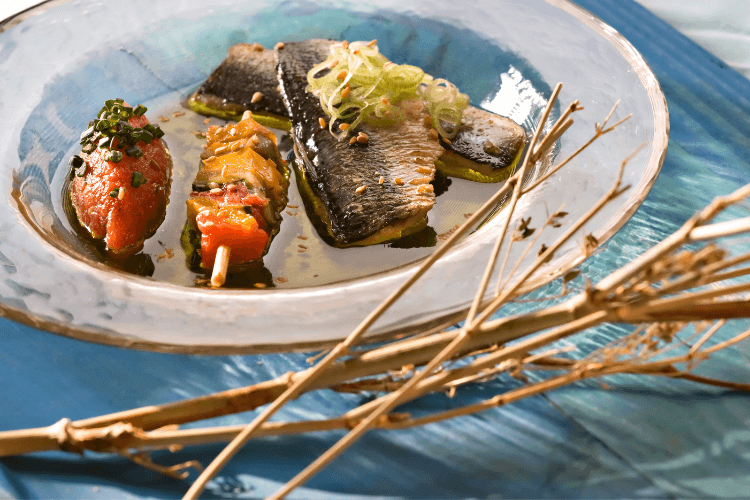 The name escabeche, in Arabic, means Iskabej (Arabic), which identifies it origination from among the Moors in the middle ages, a mixed-race of Arabs, Spanish and Persia. The Moors, who occupied Spain more than 700 years ago, were known to have introduced their eastern dishes.

In Arabic, its name is derived from another dish referred to as alsikbaj, a meat dish heated in sweet-sour sauce with vinegar and honey as the major ingredients, the native term of escabeche points to the number of spices involved in preparing the dish. In Persian, Sikbaj means vinegar stew and is known as the lamb stew with spices and vinegar.

Its Spanish meaning, pickling brine, referred to its use of fish or meat in the dish, till the 13th century when the meat escabeche version almost phased out, leaving the fish version.

It is believed that the Christian Spaniards were more interested in the fish escabeche dishes for their Lent amongst other fasting days. Hence the origination of vegetable escabeches, a common version among the Mexicans prepared with jalapenos.

Although there are debates on the origination of the dish among the Arabs (Moors) and its spread to Spain by immigrants through its parent dish (al-sikabaj). The roots of escabeche are still typically traced to Spain on its widespread of the dish internationally, noting that the Northeastern Spaniards introduced the dish to Italy in the 13th century.

Eschebeche being more than just a dish is a preservation technique, similar to marinades, its acidic content (mostly due to vinegar and citrus juice) is used to prevent putrefaction. However, unlike marinades, pickling involves the cooking of the food. This technique singles out the Spanish version of escabeche, where the food is fried in olive oil with different spices (paprika, bay, saffron, black pepper) for a taste.

Today, what represents the dish among Spanish-speaking countries are local modifications of the original escabeche prepared in the early ages in Spain. Guam was introduced to the dish in the 17th century during the Spanish period, as an island skilled in fishing it sort ways to preserve its seafood in a period when vinegar wasn’t present.

The adoption of the Filipinos improvisation with fermented coconut sap, helped Guam adopt two styles of escabeche dish preparation; a Chamorro diet without vinegar and the Filipino style. The Portuguese cuisines also hold their variety of escabeche with a mix of carrots, onion, garlic, peppers, corns and chilies.

Along with these modifications came the different recipes of the popular dish, such as the Shrimp escabeche served with radish, cilantro and white wine vinegar; Chicken escabeche served with orange and some salad by the side; Filipino fish escabeche and other country-specific forms of the dish we will be highlighting.

Internationally, escabeche has its version in Jamaica (escoveech), Italy (escabecio), North Africa (scabetche) and even Greece (savoro). A typical escabeche dish is widely believed to have either fried or poached fish, that is to be served hot or cold after marination in its sauce overnight, which could contain vinegar or citrus as its major content. 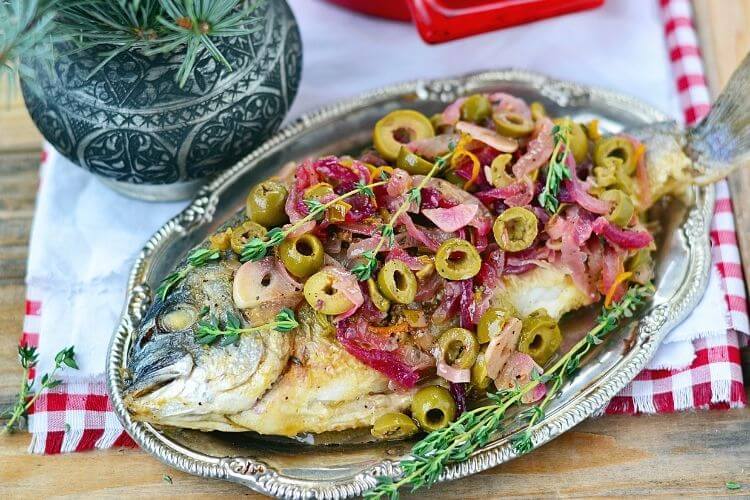 Often referred to as Jalapeno escabeche, the dish is a vegetable dish of escabeche common among Mexicans. It offers fresh crunchy pickled peppers (Jalapeno), white onions, garlic, herbs, carrots, cider vinegar and some herbs. The Mexicans adoption of escabeche and their creativity with the dish extends their use from jalapeno peppers to varieties of vegetables obtainable in their gardens or local market.

15 Jalapeno or serrano chiles (seeded and sliced into thin strips)

Note: As the pickled vegetables age in the fridge, its tastes and flavour intensify absorbing its sharp spiciness from the peepers to give a blast of flavours and texture you will love. 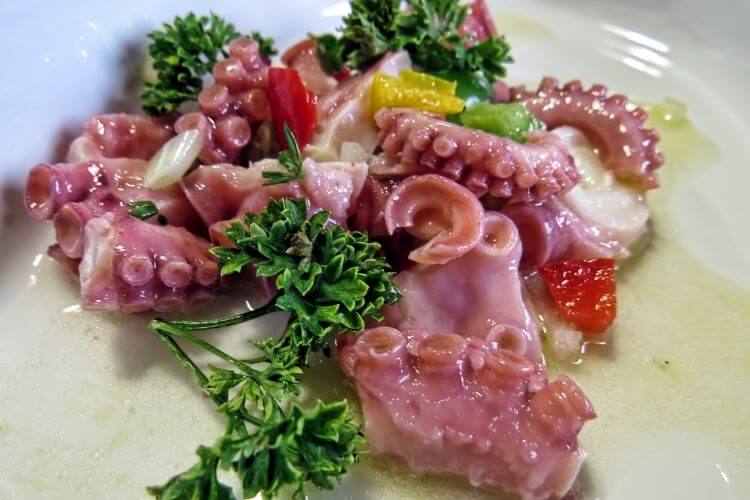 The Spanish-style of escabeche involves a delicacy of meat and more common fish. Its classic dish involves searing the fish (mackerel, bonito, herring or any thinly sliced fish as preferred) or meat with a prepared mix of spice and herbs in vinegar sauce.

1 onion (large-sized cut into half) 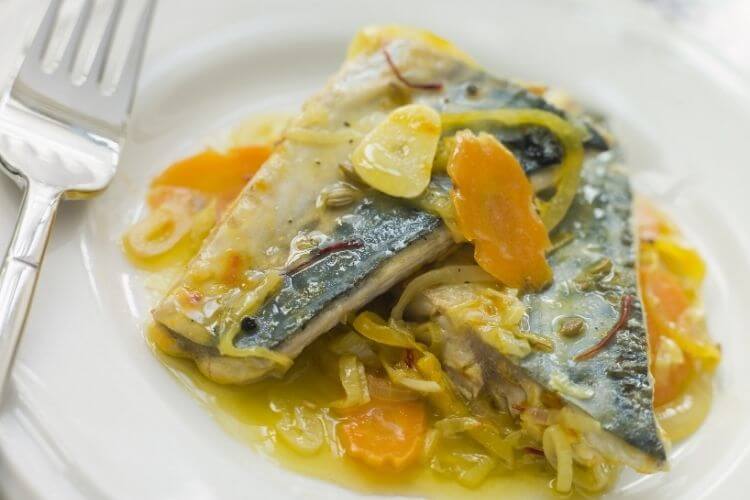 What to Serve with Escabeche

Quite often the escabeche dish is served cool or at room temperature, given its storage in the refrigerator for hours to days. The mode of serving the dish often depends on the locality within which it is prepared.

A typical Spanish-styled escabeche can simply be served with salad and crusty bread, another great option is serving the dish as a garlic toast, carrots and red onions or with roasted peppers, if you are craving a more spicy taste. Other varieties of escabeche such as the chicken escabeche are served over quinoa or rice.

The dish can also be served as a cold side dish or mixed up with some veggies (onions and pepper) into a salsa dish. The versatility of the escabeche dish is wild, which helps for a creative meal setup.

3 thoughts on “Escabeche – Spanish Delicacy? [What It Is, Curiosities and Recipes]”