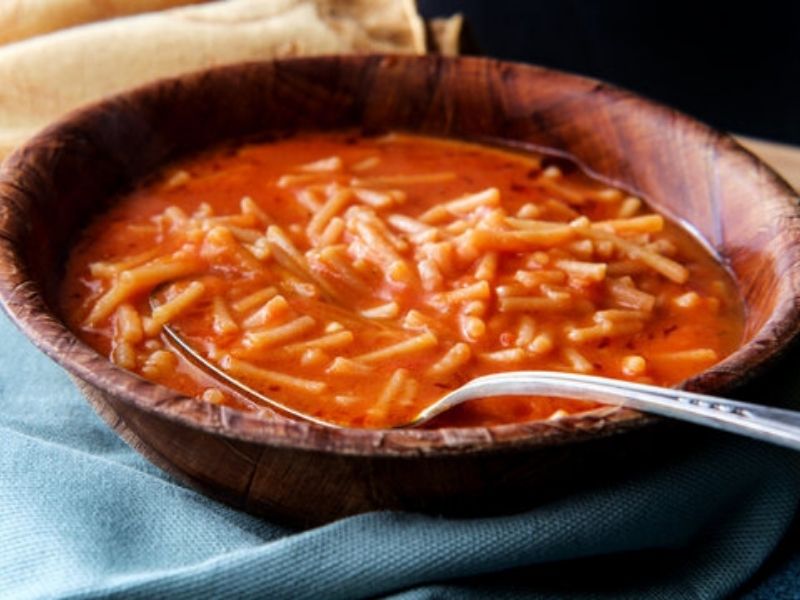 Ever heard of this savory and comforting Mexican soup dish? Well, Sopita is a Spanish word that implies little soup, most precisely is a delicious broth and comforting soup dish that is typical of all households in Mexico. It is loved by everyone, from the young to the old. Sopita consists of pasta shells, chicken broth, tomato sauce, and sometimes cheese toppings. 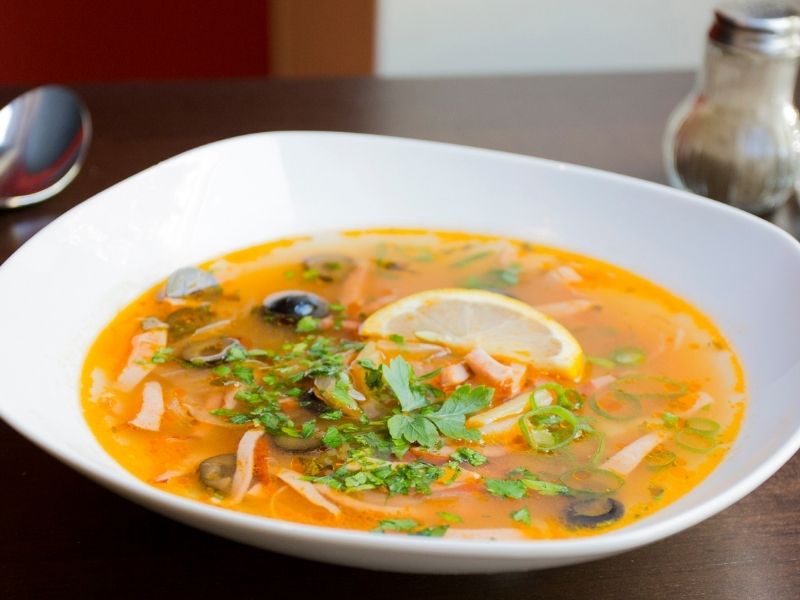 Sopita is a stock-based pasta soup that is part of the cuisines of Mexico and Spain. Sopita is a Spanish word that translates to soup, and the dish is similar to the American chicken noodle soup. The dish may have emerged from Spain, where it is popularly consumed across the entire country. The Spaniards first introduced this soup dish to the residents of Cavite in the Philippines in the 1600s.

After spanish conquering period, Mexico developed an authentic twist to the broth to create the modern Sopita. Mexican cooks adapted dishes brought by Spaniards to suit their taste and preparation methods. One of the variations is when the pasta ingredient is added during preparation. In the dish introduced by the Spaniards, the pasta was added last to prevent it from soaking up much soup and becoming soggy.

This was consumed immediately before the pasta bloated with absorbed liquid. In the Sopita, the pasta is first browned in oil before adding the broth and other vegetable ingredients. Although regarded as a soup dish, Sopita is not traditionally as soupy as many soup dishes. It appears that the creation of this dish may have some links with adjusting the cooking techniques for Spanish rice to suit pasta. Since pasta absorbs less water than rice, using the rice recipe by the Spanish to cook pasta would leave sufficient liquid to make a dish between dry pasta and a soup.

Today, the Sopita is a staple food in many homes in many Mexican homes. It is the ultimate comfort food eaten during breakfast, lunch, dinner, and cold weather. The soup is also served to sick persons. Sopita is relatively affordable and a favorite of both children and adults. The ingredients for authentic Mexican Sopita generally are pasta (any pasta of your liking; elbow, fideo, conchitas, and letritas), chicken broth, pepper, tomato sauce, and vegetables including onions, fresh cilantro, and garlic.

Today, many people enjoy this savory dish with various ingredients to create recipes that differ from the original. Some add ground beef, shredded cheese, while others prefer it with a bit of mayonnaise. This implies that the dish is quite flexible and adaptable to tailor it to suit your preference and diet requirements. 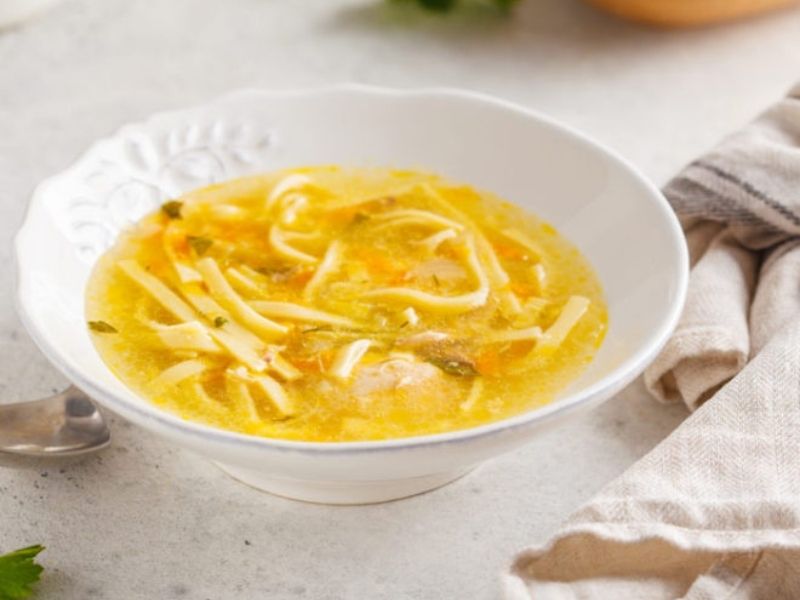 Sopita de Fideo or Sopa de Fideos is another delicious and comforting Mexican noodle soup prepared by simmering thin toasted noodles in a tomato-based broth. Although similar to classic Sopita, there are some variations between the two. Sopita has a base of chicken broth, while Sopita de Fideo is made from stock. Another significant difference is the type of pasta used. Shells are used in Sopita, while fideo pasta is used in fideo soup. Fideos are a type of pasta that stands out for their thinness. Vermicelli noodles and angel hair pasta are sometimes used. Other soup ingredients in sopa de fideo may include vegetables like bell pepper, garlic, onion, and tomato, tomato sauce, chili peppers, pepper, salt, and vegetable oil. 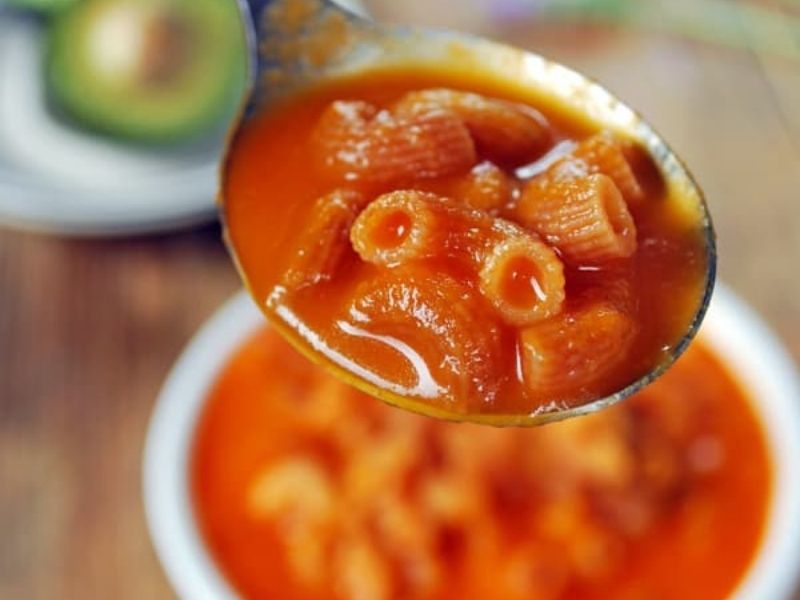 Sopita de coditos is another traditional Mexican pasta soup cooked by toasting elbow pasta before simmering with a broth-based on tomato puree. It is rich in flavors and comforting goodness and very similar to the Mexican sopita. The soups differ in the type of pasta used. The term coditos translates to little elbows in English, which means elbow macaroni pasta is used to prepare sopa de coditos. The ingredients that go into sopita de coditos include elbow macaroni, chicken stock, tomato sauce, fresh cilantro, pepper, salt, and onions. Some people add other vegetables like peas, cauliflowers, green beans, mushrooms, and broccoli. 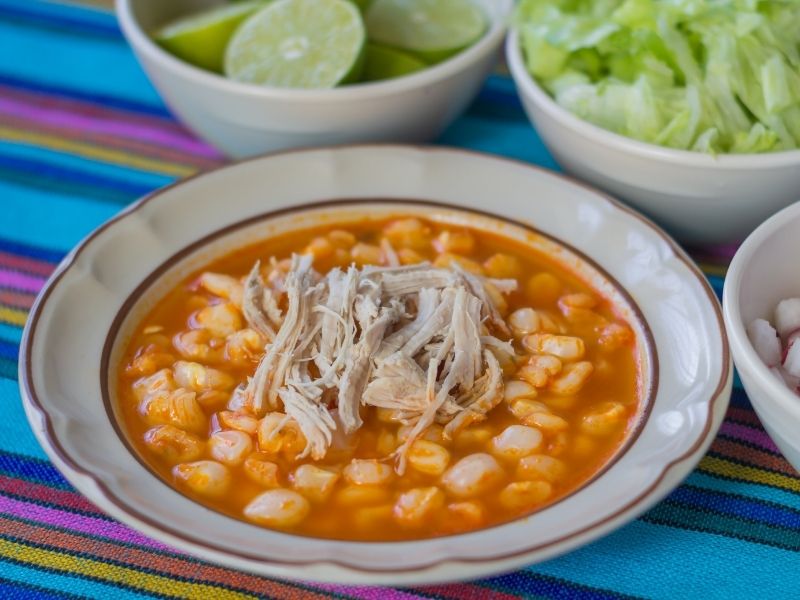 Sopita de Letras, also called Mexican alphabet soup, is a favorite of many people, especially the childrens, since they love to work their imagination and form words with the letters swimming in the bowl. As the name suggests, this dish is prepared using alphabet pasta (pasta that is pressed to form the letters of the alphabet) in a broth and tomato soup. This delicious soup is both comforting and educational. It is how many children in Mexico learn the alphabet by spelling their names and other words on their favorite dish. Other ingredients that go into sopa de letras include tomato, onion, garlic, and chicken broth.

Sopita de conchas is another comforting Mexican-style pasta dish loved by kids and grownups. It is easy and quick to make and ideal for young picky eaters. This classic Mexican soup is prepared with broth (sometimes vegetable broth), tomato sauce, and concha pasta. Concha is a type of pasta that is shaped into shells. The shape of concha pasta allows the broth ingredients to adhere to the shells and hold more flavors. Sopita de conchas is prepared using concha shells, chicken (or vegetable broth), tomato sauce, salt, pepper, garlic cloves, and onions. Optional vegetables include peas, carrots, zucchini, and potatoes. Some people may prefer to add some seasoning, such as Knorr Suiza. 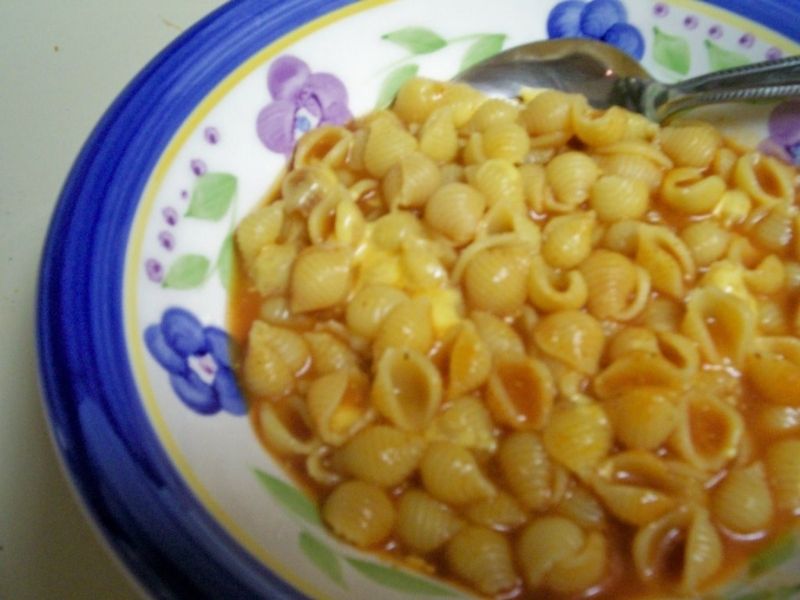 The base of sopita consists of tomato sauce (or blended tomatoes, garlic, and onion) and broth poured over shell pasta that has been toasted in hot oil until brown.

Ingredients for the Chicken Broth

Method for the Chicken Broth

You can serve this Sopita as a side dish and accompany it with warm tortillas. You can top with fresh cilantro, lime juice, and chopped avocado.

You can use fresh tomatoes if you do not prefer tomato sauce. For this method, you will first need to prepare tomato puree. Cut to tomatoes into halves and remove the seeds. Puree the tomatoes, garlic, and onion in your blender. Use this to replace tomato sauce.

You can add vegetables like peas and carrots if you prefer.