Gone are the days when Pambazos is only a Mexican treat, but now it is starting to get known in other continents aswell. This food is not only sustenance but for most individuals has become a compulsive delight.

Besides, this is a sheer and utter passion for a lot of Mexican fans. Arguably, Pambazos is now a global culinary sensation that can be seen in other countries too.

Although in many other parts of the world Pambazos have taken on a myriad of new exotic and unusual ingredients and flavors.

However, for those people who are looking for the best Pambazos recipe and other information about it, this article is for you. Preparing Pambazos is between science and art for Mexicans.

Here is all you need to know about Pambazos. 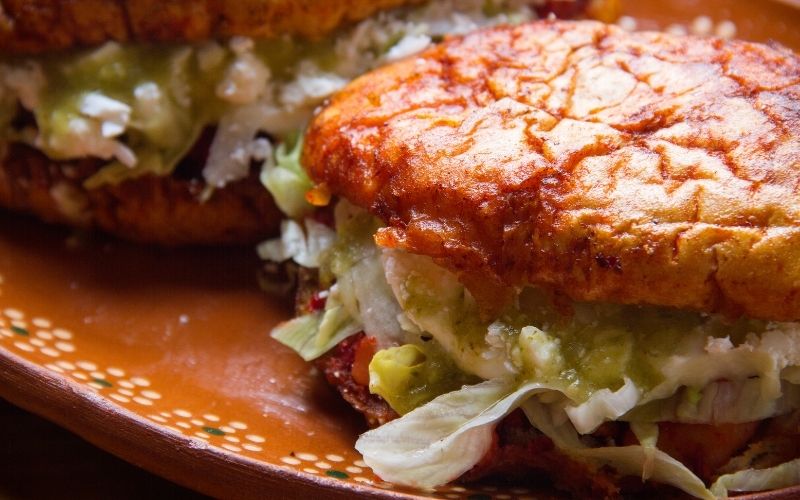 Pambazos is a dish started in Mexico made with pambazo bread dipped and fried in a red guajillo pepper sauce, bathed with potatoes and chorizo, usually served with cream, lettuce, cheese and a raw green sauce.

It can be mixed with some queso blanco as well. A combination that creates a perfectly balanced made pambazos. This traditional appetizer is comforting, quite delicious, filled with flavour and warm. Pambazos are not a spicy sandwich, but it has a rich taste.

You can buy it on the streets, in restaurants and cafeterias. Also, you can prepare it at home by yourself with the help of the recipe I am going to share in this article.

Pambazos are the best dish for a Sunday with friends and family, birthday’s night, reunions, children’s celebrations and evening parties as well. 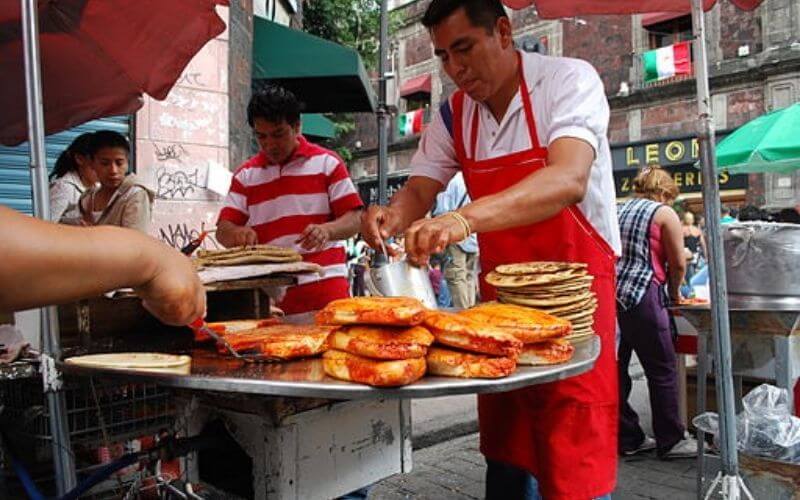 As I said earlier, Pambazos is a dish originated from Mexico but got its name from the Latino word ‘pan basso’, otherwise called low-class bread or a poor man’s bread from Mexico’s viceregal era. It is usually reserved for the peasants through history.

During that era, many bakeries existed in Mexico and these bakeries are dedicated solely to this type of bread. This “pan basso” was made with flour from deteriorated wheat or oldest, poorest quality flour.

Most bakeries then produced low quantities of “pan basso”, a maximum of four per cent of all flour used in Mexico City.

Some years later, pan basso was developed to what we know now as Pambazos, a special meal loved by all Mexicans. Pambazos is made with bread; it depends on the region. In Spain, among the oldest, the dough is shaped like an oval with crevices and soft brown colour.

It is quite fluffy. But in the centre of Mexico, the bread has a crescent shape, and it is usually sprinkled with flour. In some regions in Mexico, the pambazos are prepared with Semitic Mediterranean gastronomy, influenced by the use of bran for bread made in artisan bakeries.

The same that was used around Mexico’s Spanish colonial era.

In Malinalco, a state in Mexico makes  another type of pambazos; the Spanish colonies here were preparing it, bathed with potatoes and sausage, epazote with chicken meat, spicy salsa, white cheese, cream and shredded lettuce.

In another state of Mexico called Tequixquiac it is made with bran flour, bathed with potatoes and sausage, lamb meat, white cheese, spicy chilli chipotle sauce, shredded lettuce, fried with butter and cream.

In Puebla City, Pambazos is prepared with flour in the bread known as bran or cemita, accompanied with potatoes and sausage, papalo, avocado, spicy red salsa, white cheese and cream.

In Veracruz, a central place with Sephardic roots is prepared with Carne Polaca “Polish meat”, combined with traditional pambazo, lettuce and meat, with peppery sauce. 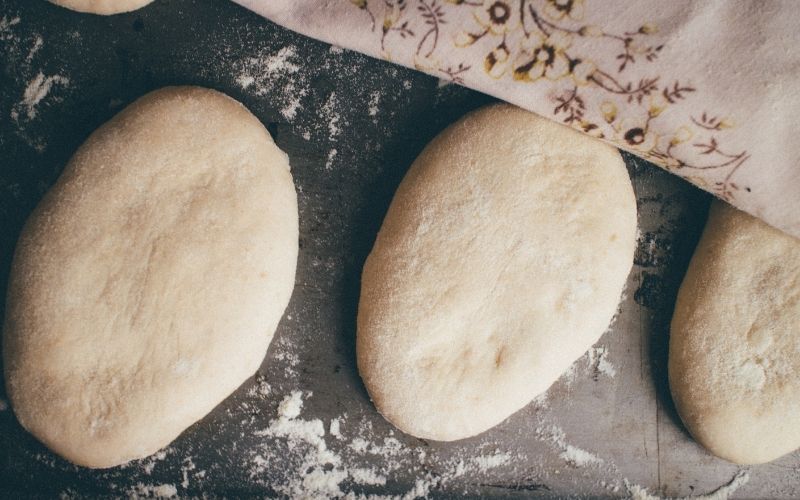 If you want to make a tasty pambazos, then consider this tip. It is straightforward and easy to follow. 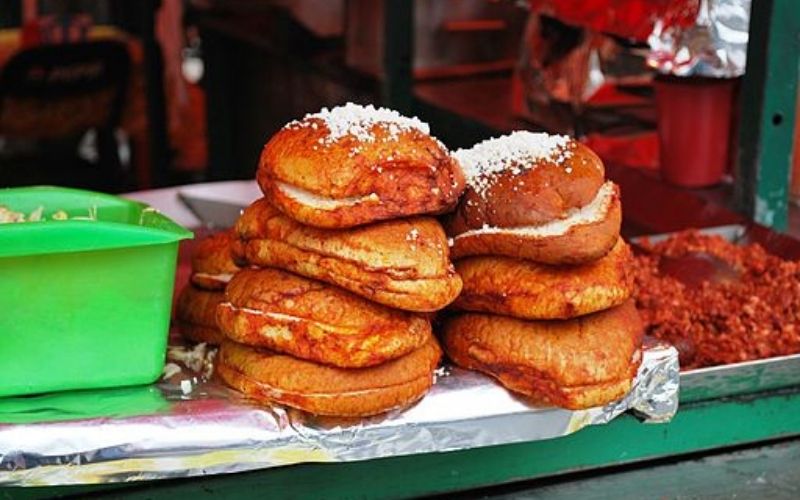 Pambazos Veracruzanos is a Veracruz-style bread recipe usually takes up to one and a half hour to prepare. This pambazos type is wholesome, tasty with warm aromas. Pambazos Veracruzanos is 350 calories per serving. Its recipe includes flour, dry yeast, sugar, warm water, lard, room temperature water, and milk. This dish is tasty, crusty and very perfect when paired with any cheeses and meats for sandwiches.

How To Make Pambazos Veracruzanos 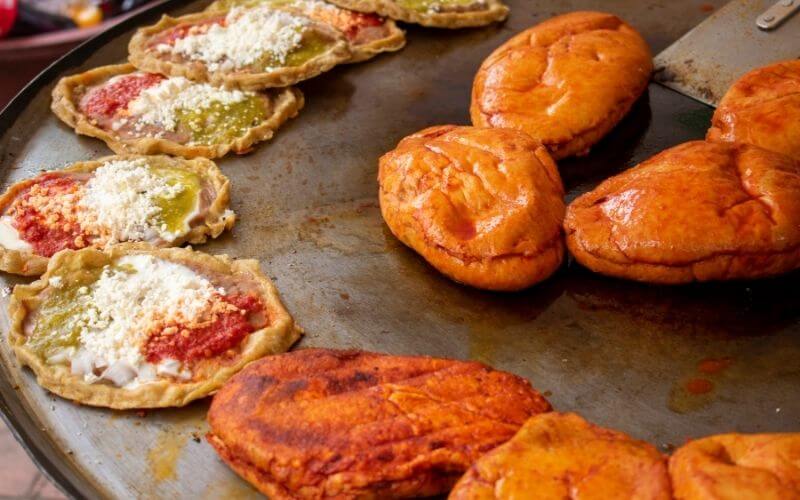 Pambazos made with Chorizo and Potato is 350 calories per serving while its nutritional information is listed below:

These percentages are based on a diet of 2000 calories per day.

Sweetbreads – What Are They and Why Are They So Popular?